COMICS OF THE HEROES TOUR 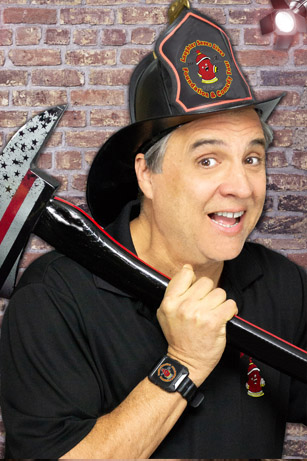 John Larocchia has been a Stand-up Comedian for over 20 yrs. He was a NYC firefighter for 21 yrs., retiring in July of 2008. Over the years John has branched out from Stand-up Comedy to Producing, Acting, Writing, Host of a Radio Show and Keynote Speaker.

At this time John is working on a few key projects:
· A Screenplay & Book Titled: “Time to Laugh Again”
· Sitcom: “Suspenders”
· And his LAUGHTER SAVES LIVES Comedy Tour 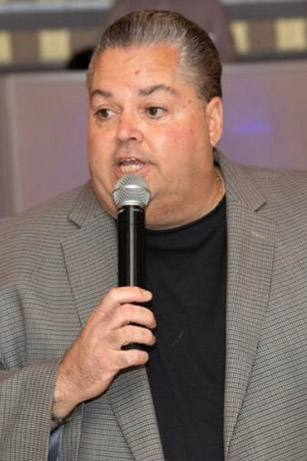 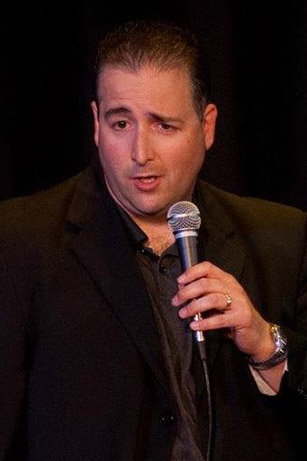 John Santo is a stand-up comedian and impressionist. His impressions include Presidents Obama, Bush and Clinton, The Sopranos, Mayor Bloomberg, and many other celebrities and original characters. John has been doing stand-up and voice overs for 10 years. He was also a Volunteer Firefighter and Emergency Medical Technician for 9 years. 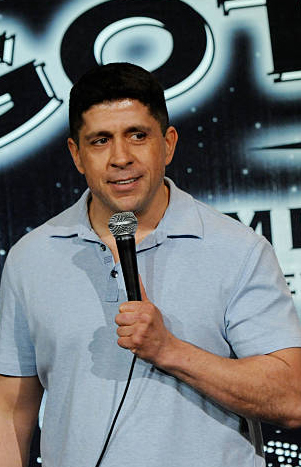 Steve Alleva has been a  NYC firefighter for over 20 years. He has recently written for the Friars club roasts of Jack Black,Ricky Schroder and Dennis Rodman. He has also appeared on the Howard Stern show and the F/X series Rescue Me. 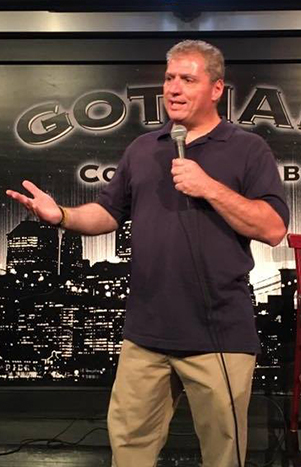 Frank Failla is a retired NYPD Sergeant. After 20 years of decorated service, he has turned stand-up comic and actor. Raised in Merrick NY, Frank has a self deprecating style of humor that has been making people laugh for 3 years. He has recently branched out into acting, and has appeared in three Independent Films: Innate, Matilda and We Bloom In Winter. Frank has also appeared on television in two true crime dramas. Frank is a co-host on the Laughter Saves Lives Internet Show. 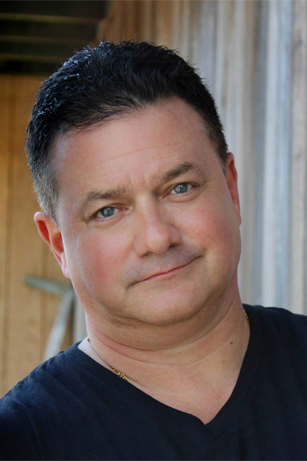 In addition to producing and hosting shows for LSL, he has  performed   at the Las Vegas Hilton, The Tropicana in Atlantic City,  Side Splitters in Tampa and a number of the clubs in NYC. “I started chasing my dream of Stand Up Comedy late in life, so I’ve got to work hard to keep up with the younger guys”, says John. John proudly served his country as a US Marine, and is the father of three young adults. 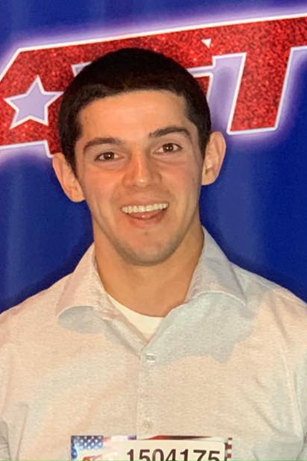 Active NYC EMT who began his EMS career by getting thrown into a pandemic. However, Covid wasn’t the first time Jack fought death. After surviving 3 liver transplants, then beating Leukemia, he went on to stand up comedy. In only 5 years Jack has already performed at famous clubs such as Comic Strip Live, Broadway Comedy Club, Caroline’s and more.

As an actor he was featured in a national McDonald’s commercial, background in Showtime’s “Billions,” and an award winning short doc “Gifts of Life.” His one of a kind story was seen on CBS 2 NY. Jack’s witty perspective on everything he’s been through leaves audiences laughing and inspired. 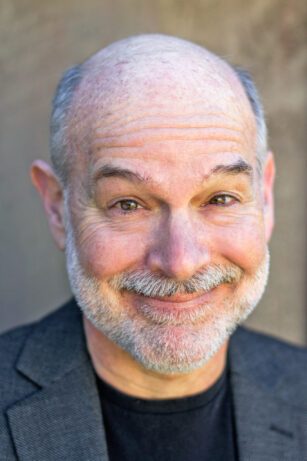 Les is an extremely likable comic with a very energetic and clean act. Audiences of all ages enjoy his take on the challenges of aging, marriage, parenting and his zany views of the world around him. Les is also an actor and a singer. He performs a terrific musical program of Classic Standards and Broadway Show Tunes. 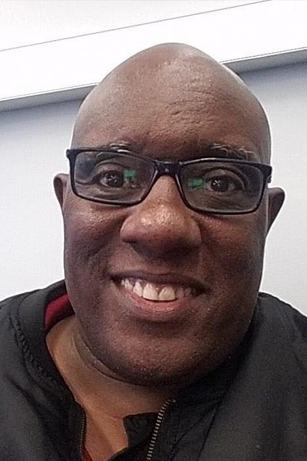 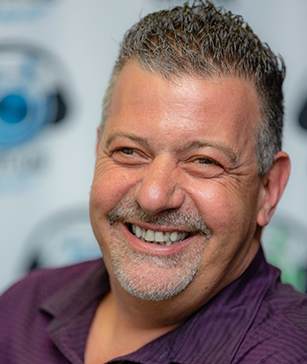 A NYPD Detective turned “Comedy Cop” who began making a difference in the lives of others though Laughter. John Resides in Fort Worth, Texas and promotes LSL shows in the great State to help First Responders and Military Vets. John also is the host of shows on MAD Radio and the 99% Radio Network. 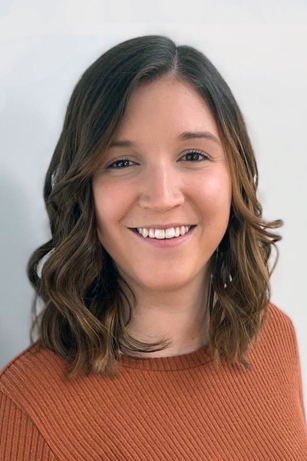 Bridget is a Long Island comic who can be seen performing all over New York. She was a finalist in the Long Island Laugh Off and has performed at Comix Roadhouse in Mohegan Sun. Bridget started out as an improviser at the Sea Tea Comedy Theater in Hartford, CT. When not performing stand up, Bridget practices as an occupational therapist. 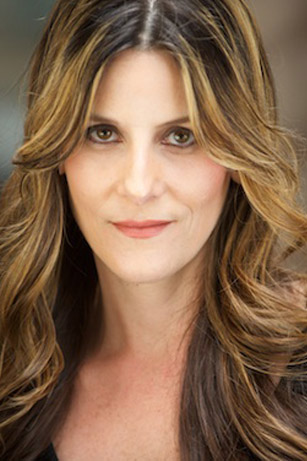 Ilissa Jackson was born in Brooklyn, New York and was raised in South Florida. After seeing her first Broadway play, Annie, when she was 4 years-old, she knew she wanted to act. She performed in a community theater group as a young child and teenager. She chose music over drama and acting and became an accomplished flute player. After spending a year in Israel after high school she graduated with a degree in Social Work and was a social worker for 7 years and eventually went back to school to pursue her other passion, medicine, and got her Masters Degree in Clinical Medical Sciences and became a Physician Assistant. She began practicing medicine in 2005. In 2011 she decided to pursue her other dream-acting-and moved to NYC. She completed a 2-year Meisner Technique Program at The Acting Studio under the instruction of James Price. Since that time she has continued to practice both of her loves: acting and medicine. 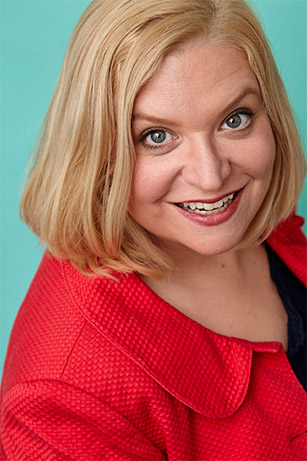 Mary Kennedy is a nationally touring comedian, writer, producer and director. She is best known for  playing “New Fiona” on Shameless Season 7. You can also see her comic acting regularly in various sketches for CONAN.

OTHER ACTS ON THE TOUR 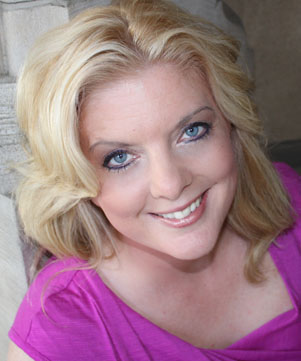 In the era of child worship, Walsh mocks the art of child rearing in a hilarious fashion that gets mommies and daddies laughing so hard they can’t hear the babysitter calling on their iPhone’s!

Shock and Awe – Then Roar after Maria Walsh Shares her stories about Parenting Outside the Margins and Love and Marriage. Come out and catch Maria as her Naughty Mommy Tour goes National! America’s Naughtiest Mommy is Here and She’s On Fire! 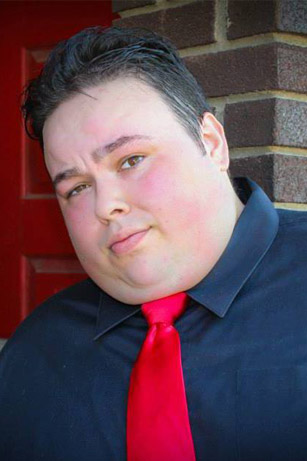 Mike Keegan is a fast rising, up and coming comic from Long Island, NY. He won a contest for NYC’s “Best New Comic of 2012”. His likeable stage presence and original humor keeps audiences captivated and always satisfied. He has had a passion for stand up comedy since he was a young child, and his energy and enthusiasm on stage shows just that. He can be seen all over New York City, Long Island, and the Poconos and on such legendary venues as Gotham Comedy Club and Comic Strip Live. “Being such a new face on the scene has made me so proud and honored to have been added to the Laughter Saves Lives Comedy Tour”, says Mike. 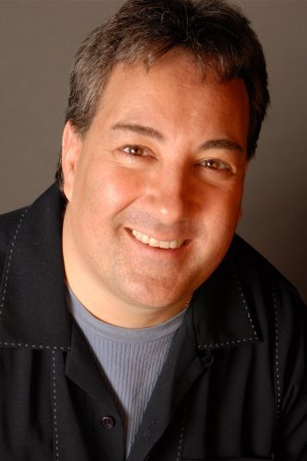 Rich Walker is a long time veteran of Quality Stand-Up Comedy and one of the most versatile performers we have today. Voted “1st Place WINNER” of the BEST OF L.I. 2011 & 2012 by the Long Island Press 2 Years in a Row !! Rich has been seen performing at some of the Country’s top comedy clubs, colleges, venues & benefit events. Rich has been delighted & honored to share the stage with some of show business’s biggest names such as Ray Romano, Kevin James, Dom Irrera and Johnny Maestro the Brooklyn Bridge. 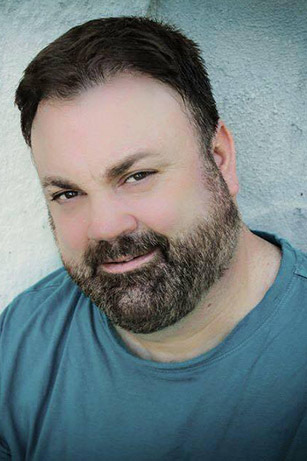 Played a Cop on TV

Chris Roach is a fast rising Comedian/Actor born and raised in New York. He has brought his unique and self deprecating sense of humor to some of the biggest and best known stages such as The Borgata in Atlantic City. Known for some of his work on television commercials, he has also appeared on Comedy Central, The Michael J. Fox Show, and had a recurring role as Rodney the lovable mental patient on the soap opera One Life to Live as well as playing “Mott” on the CBS TV Show Kevin Can Wait. 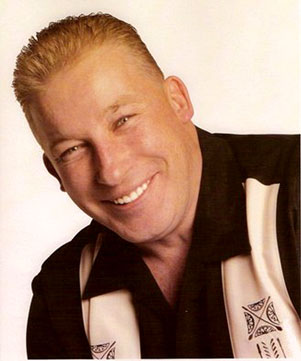 Played a Cop on the 2006 movie
"My Super Ex Girlfriend"

Jeff is a energetic whirlwind of comedy! He’s a favorite in both Las Vegas  and Atlantic City, and has numerous tv and film credits, including “Boardwalk Empire”, and Oz’ on HBO, “Goodmorning America”, the film “My Super-Ex Girlfriend and plays the voice of “Kelloggs Mini Wheats”. Jeff is one of the most quick-witted acts working today-hardly pausing for a breath as he tears through his act, keeping his audience alert and in stiches from beginning to end. Jeff is a complete pro…one of the few remaining that recognizes the importance of showmanship and presentation. A regular performer for Joe Piscopo both on the road and “Club Piscopo”  “Jeff Norris is without question one of the funniest guys out there today.He is original,hip and one of the nicest guys in the business , equally important, the audiences love this guy! I’m  always proud to work with Jeff” Actor/comedian Joe Piscopo 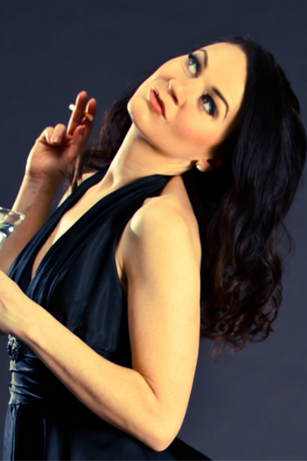 Stacy Kendro has made her way through the comedy scene to cultivate a unique voice that comes from a diverse performing background.  Her standup career began in LA where she hosted her own weekly show in West Hollywood.  Eventually making her way back to the east coast, she performed standup in clubs in various cities and has performed in plays and commercials. One of Stacy’s career highlights was opening for Joan Rivers. 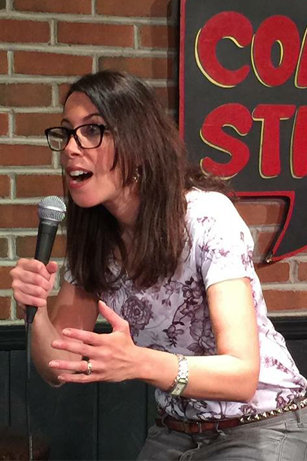 As a baalat teshuva, Talia relates to crowds all over the religious spectrum. Aside from performing regularly at New York City’s top clubs, Talia is constantly headlining Jewish fundraisers and galas. A graduate of the University of Pennsylvania and former Paul, Weiss corporate attorney, The New York Post recently featured a nearly full-page article about her life and comedy entitled, “Orthodox Jewish comic finds balance between raunch and religion,” and called her a “Hot Ticket”. Newsday Long Island has also taken notice, calling her a “rising star”. Talia is a regular contributor to Fox News and Sirius XM, and her jokes and whereabouts are often mentioned in Cindy Adams’ legendary Page Six column. She has also appeared on The Wendy Williams Show and Spike TV. 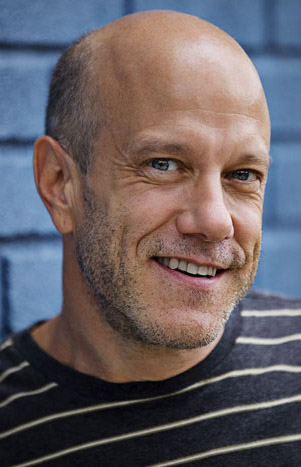 Tom Daddario had been a stand up comedian in and around New York City for 15 years. Performing in The Comedy Cellar, Gotham Comedy Club, Stand Up New York, The Comic Strip, Broadway Comedy Club, New York Comedy Club and Dangerfields. Tom has been featured in the New York Times and Daily News. Has been seen on Comedy Centrals “Michael and Michael Have Issues”
Has had a half hour special on Sirius/xm radio.